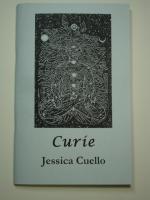 thread bag, needle assortment, tray, and others-each, in turn, filled with its own details, whether a "myriad of spools," "potholder loops," or "a ring of white crocheted pineapples." She ties these objects together in the poem and also from poem to poem. For example, she sews the ring of pineapples on a "new J. C. Penney's case"; later, in the "Town" section, she gives us a poem called "J. C. Penney litany" with its "Flannel, Poplin, Wool, Cotton, Chambray, Chamois, Corduroy, Micro-suede" shirts and its "Amber, Indigo, Basil, Blue Abyss, Oatmeal, Olive, Espresso, Mushroom" colors, all in the "men's section" with "not a man in sight."

The joy of these compartments is that they are all linked: the women's objects from "The Sewing Box" and the array in the men's section of the "J.C. Penney Litany"; the ants and spiders from the "Nature" section and the "Black Holes" from the "Science" section; and the questions that range through the book from "What'd happened to the Chinese damask / robe Nicolet had worn greeting the Winnebago's at Green Bay?" to all the answers the poet would "like to know"--"why snow's white" or "Why we know more of / the surface of the / Moon than ourselves."

Everything builds on her prologue-how we live between "the highest mountain / and the deepest ocean" and how we are all these compartments rolled into one. In this collection, the reader can experience a journey through our shared world, a journey beautifully guided by this skilled and generous poet.